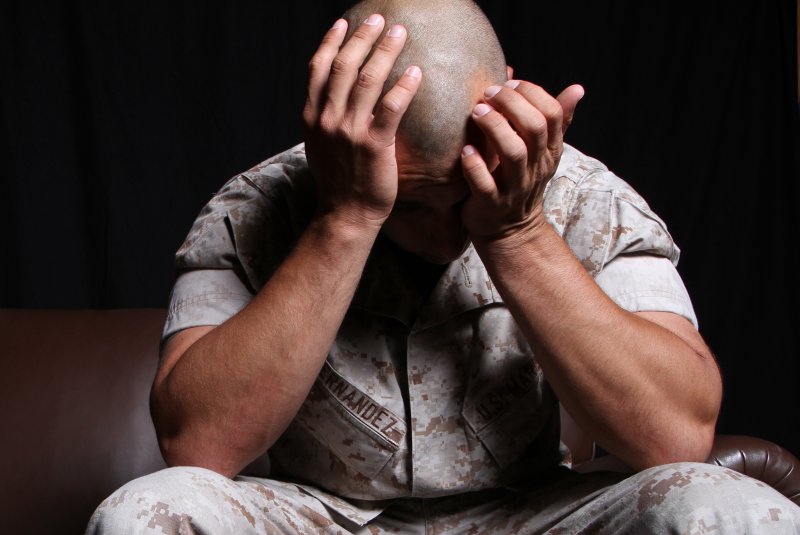 Transcranial magnetic stimulation of the brain may help treat PTSD, depression and other mental health disorders, a new study has found. Photo courtesy of The Marines/Flickr

Dec. 21 (UPI) — Applying small amounts of electricity to the brain can help reduce “negative emotions” in people with post-traumatic stress disorder and depression, according to a study published Monday by JNeurosci.

The technique, called transcranial magnetic stimulation, or TMS, uses a changing magnetic field to target small electrical currents to a specific area of the brain — in this case, the prefrontal cortex, the researchers said.

The prefrontal cortex, situated near the front of the brain, governs behavior, emotions and decision-making, among other functions, research suggests.

Wearable devices using TMS have been used to treat migraines and other brain disorders, according to researchers from Shenzhen University in China.

In addition, the U.S. Food and Drug Administration approved the approach for the treatment of major depressive disorder in 2008, the researchers said.

The brain regulates emotions through the sections of its prefrontal cortex that control decision-making and emotional responses, according to Zhang and her colleagues.

TMS may effectively harnesses the independent, separate roles of these regions by stimulating them to respond to certain situations differently, with fewer negative emotions, they said.

For this study, the researchers applied TMS to 90 healthy adults as they viewed images of social pain. Treatment sessions lasted for approximately 20 minutes.

Study participants rated their negative emotions just after viewing each image, after distracting themselves from the image or after coming up with a positive interpretation, or reappraisal, of the image, according to the researchers.

Stimulating either area of the prefrontal cortex during these processes decreased negative emotions, with effects lasting up to an hour, the researchers said.

This suggests combining targeted brain stimulation with other psychiatric treatments could improve emotional responses in mental health disorders, according to Zhang and her colleagues.

The TMS treatment would be administered daily for four to six weeks, depending on symptom severity, they said.

“Although [side] effects are rare, the TMS treatment can produce scalp discomfort, but patients generally develop tolerance to this over the first two weeks,” Zhang said.